Grand Theft Auto: San Andreas on iOS and Android lets you explore a massive world or criminality and police corruption 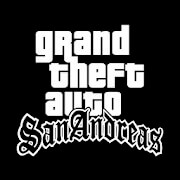 The biggest title ever to sell on PlayStation 2, Grand Theft Auto: San Andreas (GTA San Andreas) came to handheld back in 2014. It has since earned its honourable place as one of the best games for this platform as well. Fourteen years on and this Rockstar classic continues to keep gamers captivated while they roam the streets of Los Santos.

The game was the successor to Grand Theft Auto: Vice City on PS2, with more than 27 million copies by 2011. GTA San Andeas has since been released on PS3, PS4 and Xbox 360.

GTA: San Andreas APK on a handheld is something that might cause anyone familiar with the original title to raise an eyebrow. After all, it was one of the most expansive games ever made. It could be enjoyed for weeks before the gameplay dried up, and even then the replay value was huge. But Rockstar has done a fantastic job of converting the classic shooter over to the small screen.

Back to Los Santos

The third-person action game puts you in the shoes of Carl “CJ” Johnson as he seeks revenge on his mother’s killers and reunites with his gang, The Grove Street Family. Much of the game’s epic story focuses on real events around. Those events are the violent rivalry between Los Angeles gangs The Crips and The Bloods, as well as the 1980’s crack epidemic, the LAPD Rampart scandal, and the 1992 LA Riots.

CJ must fight with rival gang members, confront the police and gradually bring his family up the ladder to dominate the criminal underworld in San Andreas. Along the way, you’re free to roam the massive state of San Andreas. There are three cities: Los Santos, based on Los Angeles; San Fierro, based on San Francisco, and Las Venturas, based on Las Vegas. Besides, there are loads of countryside and desert as well. You can explore on foot or by cars, bikes, helicopters, trucks, tanks, buses, and even military fighter jets.

Original story: Rockstar has kept the original story the same, giving the same awesome experience as GTA: San Andreas on PC and PS2.

Upgraded graphics: While they won’t match GTA: San Andreas on Xbox 360, it’s certainly an upgrade from the original PS2 release. Textures have been improved, colours are more vibrant and reflections have been given a shine-over. The handheld version of the game certainly feels more rooted in the 21st century than its console counterpart.

Three control systems: While the controls will never be as smooth as with a joystick, Rockstar’s decision to introduce a choice of three control systems shows that they really took the time to consider player experience. The controls are about as optimised as they could ever be for a touchscreen phone or tablet.

Mission auto-saves: Anyone who played San Andreas back in the day will remember how annoying it was when you were killed in a mission and had to drive back to the started point, pick up a bunch of new weapons and skip through all the cutscenes again. With this updated version, missions feature auto-saves meaning you don’t have to go through all the trouble.

Cloud-save support: Once you save your progress on the cloud, you can access it on any device afterwards – awesome!

Aim assist and button support: Given that the controls can be quite clunky, it helps a lot to have aim assist and special tap to interact buttons, making the GTA world come alive much more smoothly.

Make your own playlist: One of the biggest draws to GTA games has always been the radio stations. In the weeks leading up to a new title, fans would eagerly await the list of songs, they could expect to be driving around singing along to. The ability to make your own playlists in this version is something that hasn’t yet been seen in any other GTA title.

Rockstar has done a great job adapting this game for touchscreens, but that being said, there are still some flaws, some of which they could have easily addressed. Let’s take a look.

No cheats: Cheat codes have always been pretty central to GTA games, and the fact that they’re totally absent in GTA: San Andreas for the handheld is disappointing, to say the least. It leaves players missing what was always the most entertaining element of the game.

Clunky controls: The control system was optimised the best for a touch screen, but this was never going to contend with a console. The controls are difficult to master. You can purchase a made-for iPhone controller from Logitech or Moga, but they cost around $100.

Prone to losing frame rate: This was often a problem if your console was old. On a handheld, it’s the same issue. If you’re phone or tablet is old, then it’ll eventually start slowing down. We recommend you to turn off your WiFi and Bluetooth before playing. Also, you can restart your device just before playing to ensure no apps are still running in the background.

The Entertainment Software Rating Board requires that players be above 17 years of age to play GTA: San Andreas.

To get the game, press the button above of this article to go to the download page. The game costs US$6.99. Once the file has completed its download, open it and run it. There is no free download.

Grand Theft Auto: San Andreas is one of the most defining video games. Also,  Rockstar’s move to release it on iOS and Android has been a great success. The game feels just as real as it did in 2004, with updates that genuinely bring out a more polished end-result. If you’re looking for some top-class entertainment on your devices, get this game. It won’t disappoint you!

> How to Get a Girlfriend in GTA: San Andreas – Beginner’s Guide