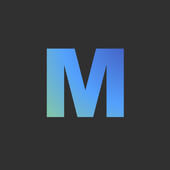 VPN Master is VPN solution designed for Android. It provides you do everything you want online without wasting your data plan.VPN Master is a fast, safe app that requires no username, password, and registration bandwidth limitation. It is best VPN tunnel that is free and unlimited to unblock sites. Let’s learn more about it!

What is VPN Master APK?

As far as the software goes, VPN Master APK isn’t one of the best. In fact, it’s a low security VPN not offering many servers with slow connection speeds. As a result, it might be an unfavorable choice if security is your primary concern. This is counter balanced somewhat by the fact that it is a cheap option allowing you to get around online censorship.

While security is often one of the primary reasons to purchase a VPN, this particular one doesn’t seem to provide adequate assurances to users that they can actually encrypt their data without it being leaked.

The service is free on Android and iOS. Also, it offers unlimited usage, which is more than many other companies can say.

VPN Master is based in the US and provides support staff when the software isn’t working properly. Unfortunately, the staff don’t appear to know much about the VPN or its features. They’re not very responsive,too.

While the service is lacking in depth, there are some redeeming features and depending on what you’re using a VPN for, it might actually be enough to satisfy you.

SERVERS: It has 14 servers in different countries, meaning that you can get around state imposed censorship and view websites from all around the world. This is great for users in countries with poor internet freedom.

ALLOWS P2P: Peer-to-peer sharing such as torrenting is a common reason why users want a VPN. Seeing as torrenting is generally illegal, having a VPN active when doing it is a good step in protecting yourself online. VPN Master allows you to do this, meaning that for torrenting users, you’re getting a good deal.

FREE: If you’re using VPN Master for iOS and Android, then the service is totally free and you get unlimited usage – this is obviously the most attractive feature that has drawn many users to them.

SECURE PUBLIC WIFI: As mentioned before, the encryption shows no evidence of being fool-proof, which will turn away serious users, but the protection it can offer for public WiFi networks shouldn’t be overlooked. It’ll at least make you a less desirable target for potential attackers.

Unfortunately, this section is going to be longer than the one above. As a VPN software, the service lacks essential features and has questionable security. Hardcore internet users ought to stay away from this.

WEAK ENCRYPTION: Your data will have more protection than if you weren’t using a VPN, that’s for sure, however, how much more is a delicate question. The encryption provided by VPN Master can’t be guaranteed to work at all times and leaks are likely.

SLOW: All VPNs slow you down because all of your data is rerouted through their server before it gets to where it needs to go. However, some are faster than others. While VPN Master works pretty well on some sites, it’s very slow on others. A key point to note here is that watching Netflix with VPN Master isn’t a comfortable ordeal.

NO KILL SWITCH: A kill switch is an option to set up that monitors your IP address and connection and automatically disconnects you from the internet if it sees any change that could suggest your IP address has been leaked and your privacy thus compromised. A kill switch is an essential security procedure as it ensures that you’re always secure and anonymous. Without it, anyone could pickup you.

POOR CUSTOMER SUPPORT: There are no positive mentions of VPN Master’s customer support online. They’re slow to respond and don’t appear to know about the service they provide.

How to download and use VPN Master for free on Android

To get and use VPN master for free, simply press the download button at the top of this page. Then you will go straight to the Google Play Store where you will press “Install” to download the software.

VPN Master free is used by millions of people globally. Lately, some users have complained about VPN Master free and called it a malware. Though, after performing an in-depth diagnostics, experts have found Master VPN pretty secure.

We wouldn’t recommend this VPN for anyone seeking flawless security and privacy. However, for those just looking to get around censorship and having a bit more security while on public WiFi networks, you should try this free VPN.