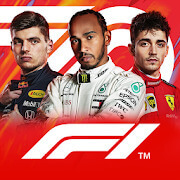 Want to experience the full rush of Formula 1 racing on your Android device? Look no further than F1 Mobile Racing APK for Android. While there are many driving games for Android, few manage to pull off such high-res graphics alongside intense racing action. F1 Mobile Racing is one of them.

The game, developed by Codemasters, has insane detail which makes playing it very satisfying. From the realistic look of the tarmac to the custom tweaks to each car, the game looks stunning. On top of this, the sound effects are pretty much exactly where you’d want them to be. This gives you all those high-pitch revving noises that make watching Formula 1 so exciting.

That’s not all. It’s kitted out with some top F1 drivers that are kept up-to-date for the current season. You’ll play as yourself and gradually build up your car, along with your skills in using it. As the game progresses and you race with more players online from around the world, you’ll gradually cement your place in the F1 hierarchy.

It’s in the Track

The focus of the game is playing online against other racers from around the world. This makes it way more interesting than other games that simply focus on AI opponents – real people are unpredictable, even when they’re driving on a fixed track. You can still go up against champions like Lewis Hamilton and Sebastian Vettel when you’re feeling like showing your stuff off.

You can choose to play as one of the ten official Formula 1 teams. Or, you can go solo and become the lone wolf champion of the sport. Either way, you’ll be able to customise your car to your own preferences throughout the game. This is definitely one of the best features and is presented in massive detail. There are thousands of different customizations for your car to make it stand out from the rest.

CONSOLE GAMEPLAY: It’s increasingly common now for mobile games to feature graphics and gameplay that can rival those of a console. F1 Mobile Racing is one such example of a game. The experience that you get playing this game is similar to that of a top end PS2 title.

GRAPHICS: As mentioned above, the graphics are stunning. The level of detail on the tarmac, in the tires, in the surrounding track, and in each little part of the car all look amazing. It’s actually pretty creepy to think that mobile phones have gotten this advanced in such a short time, but they have, and this is the glorious result.

FIRST PERSON: The game allows you to switch between different camera modes such as first person, behind the wheel and various cinematic angles to up the excitement of the race. This is a cool feature that also adds to the realism of the whole experience by making you feel like you’re really in control of the car.

The best feature does not stop at there.There are some more.

SOUND EFFECTS: The game also has awesome sound effects which makes the whole F1 experience feel more alive. From screeching around corners to revving up at the start of the race – the game has all the whhhaaeeeehhhh that you could possibly want.

CUSTOMIZATION: The ability to customize your car is another awesome feature of F1 Mobile Racing – make your car look awesome by changing the colour, the body, the tires and more. Above all, you can make your car a fierce motor beast that the world has ever seen.

OFFICIAL: The game is the offically recognized Formula 1 game for Android and as such it carries all the weight of a heavy-hitting official title. After all, those developers wouldn’t want to let down one of the greatest sports of all time.

TIMED EVENTS: Events in the game coincide with the offical F1 Grand Prix so that you can have all the track antics while you’re sat in the office on your break. Why miss out on zooming around at hundreds of km per hour just because you can’t afford a supercar? Pick up your phone and get into the action.

TOP-NOTCH RACING: Basically, this game is just a lot of fun to play – flying around corners against people all around the world is a great way to spend your free time or relax while you’re on the loo.

When you first start F1 Mobile Racing APK game, it’s worth playing around with the different control configurations. Doing so will ensure that you’re using one that suits your thumbs best. This will not only make all the difference in the long run but also turn you into an epic driver.

Once you’ve got the hang of the game, you should start playing in duel mode to unlock some new content. This is the easiest way to get more stuff to help you become Formula 1’s next champion.

To get this game on your Android device, simply press the download button at the top of this page. You will get to F1 Mobile Racing on Play Store page. Then, press “Install” to get  the most intense mobile racing game.