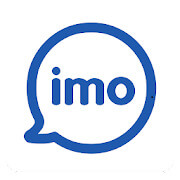 There are tons of free messaging apps on the app market today. From Whatsapp to Facebook Messenger, and all those smaller independent ones in between. If you’re tired of using the big dogs (or you’re worried about what they might do with your data), then try using IMO apk. This free messenger app started out as a kind of hub that grouped together all other messaging apps and allowed you to see all of your messages in one place. In 2014, however, they got rid of this formula and switched to being a stand-alone app working with no third parties.

>>Line Android – How to use the LINE app

While this might sound like a downgrade (frankly, it is), the app is still worth considering if you’re shopping for a new messenger and video chat app – although the app does come with a set of security concerns that can be offputting to many potential users – namely, it doesn’t provide end-to-end encryption, which is essential for any app of this kind.

What is IMO apk?

A more appropriate way of looking at this question would be ‘what was IMO?’ The app started out as an awesome way to connect all of your messaging apps under one umbrella, meaning you could manage everything from one page and didn’t need to have all your various apps open to check messages. This meant you could reach all of your contacts in one place, under a simple interface and you didn’t have to worry about installing various apps on your device that could collectively take up a lot of space.

Understandably, many of these apps (Skype, Facebook, Whatsapp, etc) didn’t take too kindly to other apps using them, so they made it more difficult to be used as a third party. That sort of caused the end of any unique features IMO could provide.

This is both a blessing and a curse. It works fine and has all the essential features – just like EVERYONE ELSE. Which makes it pretty pointless seeing as it has way fewer users than the other apps. Even with 100 million downloads on Google Play (many of which were probably from back when it was a unique messaging hub), this number still doesn’t count for much against Whatsapp and Facebook Messenger, both of which have more than a billion active users.

Ultimately, if you download IMO, it’s unlikely you’ll be able to chat to any of your friends, as none of them will have the app. It’s also unlikely you could convince any of them to move over from securely encrypted messaging apps to one that isn’t secure and doesn’t have many users. Unfortunately for the IMO messaging app, it just isn’t really worth downloading these days.

As mentioned above, the app works fine, calling is smooth, the interface isn’t unique but it gets the job done, and there’s a big collection of standard features like emojis, photo messages, live stories streams and so on.

The thing is, even other smaller messaging apps like Telegram have a niche. That app, in particular, offers insanely effective encryption and doesn’t hand over user data to the authorities, to the point where they were banned in Russia (where the developer is originally from). Whatsapp also introduced end-to-end encryption after it was found that their service wasn’t secure. Facebook has scandals, but you can guarantee that your messages aren’t going to be read by snoopers when you’re using their service. This level of trust simply cannot be matched by downloading IMO messenger.

The key thing here would be to keep an eye out for an update. Seeing as the app has more than 100 million downloads, it’s reasonable to assume that the developers wouldn’t just drop it from the market. It’s more likely that they’ll take the necessary steps to fix the flaws and thus put the messaging app back into the spotlight. All this would take would be some serious security updates, including encryption for all messages, and a couple of creative new features to be thrown into the app.

Kik Messenger, for example, offers interest based chat forums for up to 50 members that span around the world. It also allows you to have fun chats with bots. Little features like this make an app fun, which makes it stand out, especially for Android users, who are much more likely to experiment with apps like this.

IMO apk works like a charm, all it needs is to iron itself out and it could be a relevant name again. In the event that it happens, we’d certainly recommend that you use this app for everyday messaging, but until then, it’s more just something to download for a look and then consider what could be improved.

How to Download IMO Video Calls and HD Chat Free

Assuming you still want to have a look at IMO apk, simply press the download button at the top of this page and you’ll be taken to the Google Play Store where you just need to press “Install” to get a look at something with a lot of potential, but not much usability.

One redeeming factor about IMO apk is that it doesn’t take up much room on your device – around 6MB, in fact – which is stunningly low. It also loads fast and doesn’t seem to have any noticeable bugs. So the bulk of the goodies is there in the bag, it’s up to you whether you want to take the next step and get acquainted with it.

Either way, always make sure you’re secure when online – in other words, don’t send any revealing information over IMO, because if someone wanted to, they could quite easily have a look and use it against you.