Is Torrenting Legal and Safe to Use? Complete Guide for Dummies 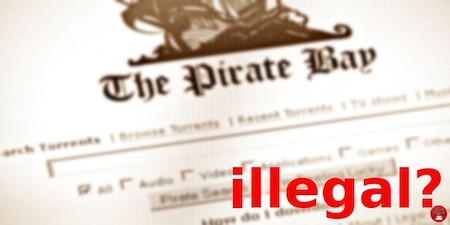 You’re probably familiar with torrenting – if you’re reading this then you must have some basic understanding of what it is and what you can gain from it, but you’re no expert. There are various risks to consider when torrenting, and while most of them aren’t likely at all to affect you, it’s still worth taking some precautions just in case.

>>What is Vimeo? How to download videos from Vimeo?

>>How to Download Videos from Tumblr Using Vidmate and More

In this article, we’ll briefly go over what torrenting is, the legality and risks associated with it, and how you can stay safe by using a VPN (we’ll also go over what a VPN is). Without further ado…

Torrenting is another word for peer-to-peer (P2P) file sharing, which is another way of saying ‘a bunch of people uploading and downloading files between one another.’ A torrent, then, is a file being shared within this community. A torrent isn’t the same as a regular direct download, this is because a regular download goes from a website to your device, whereas a torrent goes from various other people who are uploading it at the same time to your device. This means that you get little bits of the file from different people uploading it. In this way, torrents are actually less likely to carry viruses, as they come from multiple sources it’s harder to keep a complete virus within the file.

When you torrent a file, you both download and upload at the same time, which means this can be a slower process than other methods of downloading, although the more you upload, the faster you can download, so the speed of the download tends to increase as it downloads more.

Once you download a torrent, you become a ‘seeder’ which means that you’re now one of the communities that are uploading that file to the network. If you choose not to do this then you become a ‘leacher’ – someone who takes but does not give back to the network via uploading the file for future users. It’s good etiquette to be a seeder and if your ration from seeds to leaches is low then you’ll have slower downloads.

In short, then, torrenting is when you download a file that is being shared by multiple other users all the time. It’s the easiest way to download music, movies, books, games and more when online.

In short, yes it is. But it’s more complicated than that. There’s nothing illegal about file sharing, nor is it illegal to download any torrent management software like uTorrent, nor is it illegal to visit websites like the Pirate Bay, where torrents are listed. All of this is perfectly legal and above board, however, most of the content that is torrented is music, films, games, books, and software, which means that for the most part copyright is being breached when you are torrenting any of these things. So, it’s not illegal to torrent, but it is illegal to torrent anything that has copyright, which is most entertainment on the web – therefore, it’s mostly illegal in practice to torrent.

That being said, you’re not going to be arrested for torrenting. The practice is so common and accepted that the most likely thing to happen if you’re excessively torrenting is that your internet service provider (ISP) will see the unusually large amount of bandwidth being used for uploading and downloading, and they might slow down your connection, or in rare cases, remove it entirely.

There have been cases of people being sued, particularly in the US, by record labels and other entertainment companies, although most people didn’t actually have to pay anything (some did, though). This is to make an example, although it hasn’t been very effective…

Torrenting is safe for the most part, but you should definitely have antivirus software installed on your device before doing it. While most torrents don’t carry malware, some do, and you can never be too safe when it comes to things like this online.

Using a VPN while torrenting

If you’re not familiar with a VPN, it means virtual private network and reroutes your data through a secure server to mask your IP address – this masks your identity and your location. It also encrypts all of your data so that no one can spy on you or use your data for malevolent purposes.

By torrenting you expose your IP address to a lot of other users in the community – most of them aren’t going to do anything with it, but some people are there specifically to spy on people and steal their personal data. This is a real risk that you should be concerned for even with regard to public WiFi networks, let alone to torrenting.

To stay safe while torrenting – and also to get your ISP off your back and anyone who might want to sue you for copyright infringement (basically all the threats mentioned above), use a VPN while torrenting. We recommend one that is comprehensive and also purpose fit for torrenting.

Such VPNs include ExpressVPN, OpenVPN, and Avast Secureline VPN – they all cost a monthly or yearly fee, but they’re much more secure than the free alternatives (free VPNs ought to be avoided at all costs, they often take all your web history, data and billing information and give it away to third parties / they’re also not secure enough).

So, torrenting is technically legal and can be safe, but it’s best to mask your online footprint and encrypt your data with a VPN to make sure that no one will attack your device and information, or that Dr. Dre doesn’t try and sue you.

Assuming you’ve got a VPN active and antivirus software installed on your device, you should be free to torrent with no concerns over your safety or privacy being compromised. There is a whole world of entertainment and software out there up for grabs for free, just make sure you’re securing yourself on your own end before you start tapping into it.

3 ways to recover deleted photos on your Android device